Good morning and happy Saturday! Did you go to the New York State Sheep and Wool Festival? I only went on Saturday and primarily for the Men’s Knitting Retreat meetup. In the past I’d have news and updates about the spring and fall retreats at Easton Mountain and that was one of the original reasons for having these meetups. They’ve become less about retreat info and more about the socializing and reconnecting with guys who we may not see at every retreat.

A few lovely things did manage to follow me home too. I think this is the least amount of stuff I’ve brought home from Rhinebeck, but I got exactly what I wanted. We didn’t arrive as early as I thought we would, and my first stop was the Holiday Yarns booth to check out the spindles that Dan Brewer of Gnomespun has been making. He had posted some pictures on Facebook before the festival and I had been eyeing one design specifically. I’m glad there was still one there. That I also got some beautiful fiber from Dan too is pretty much a Rhinebeck tradition at this point. Soap, which is usually one of my first purchases at any fiber festival, was surprisingly my last of the day. 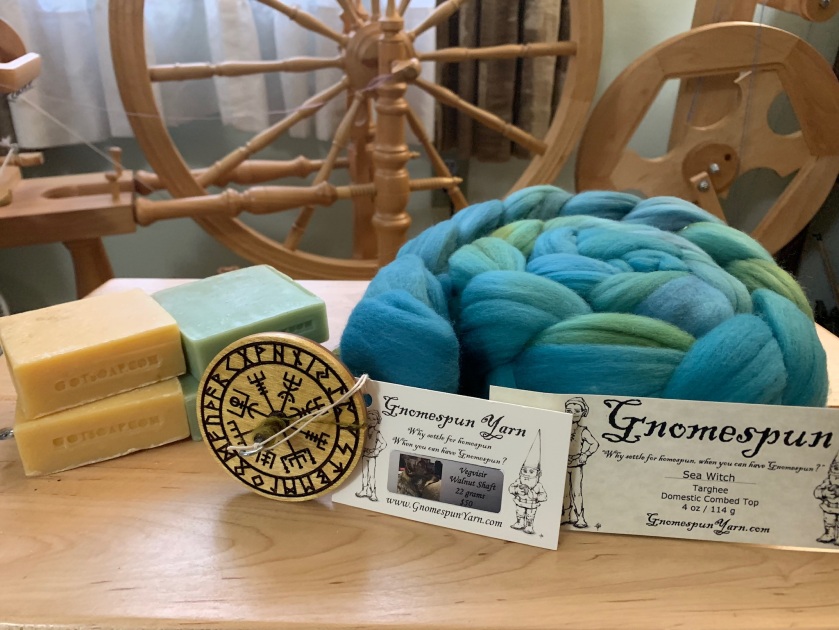 Not pictured are a couple of Christmas presents I picked up from another vendor I buy stuff from every year.

A few weeks ago I went stash diving and came up with this lovely lavender colored wool that I have long since lost the label for. If I remember correctly it was Targhee and it looks and feels like it so that’s what I’m going with. The first section of the fiber that I pulled off to spin was going beautifully until one afternoon when Jade hopped the gate into my craft room and stole what was left hanging from my spinning wheel.

I carded what was left of the mess she made but quickly decided that it was spinning up much too differently And decided to move on with the rest of the fiber, making sure that it was protected when I wasn’t actively spinning it.

I’ll say this, it’s the first time she’s even so much as noticed the yarn and fiber in that room, and I’ve been leaving the door open while I spin so she and the other dogs can come in while I’m in there spinning. It’s allowed when they can be supervised and I can do that and spin at the same time, and they’ve been good. Even Jade. 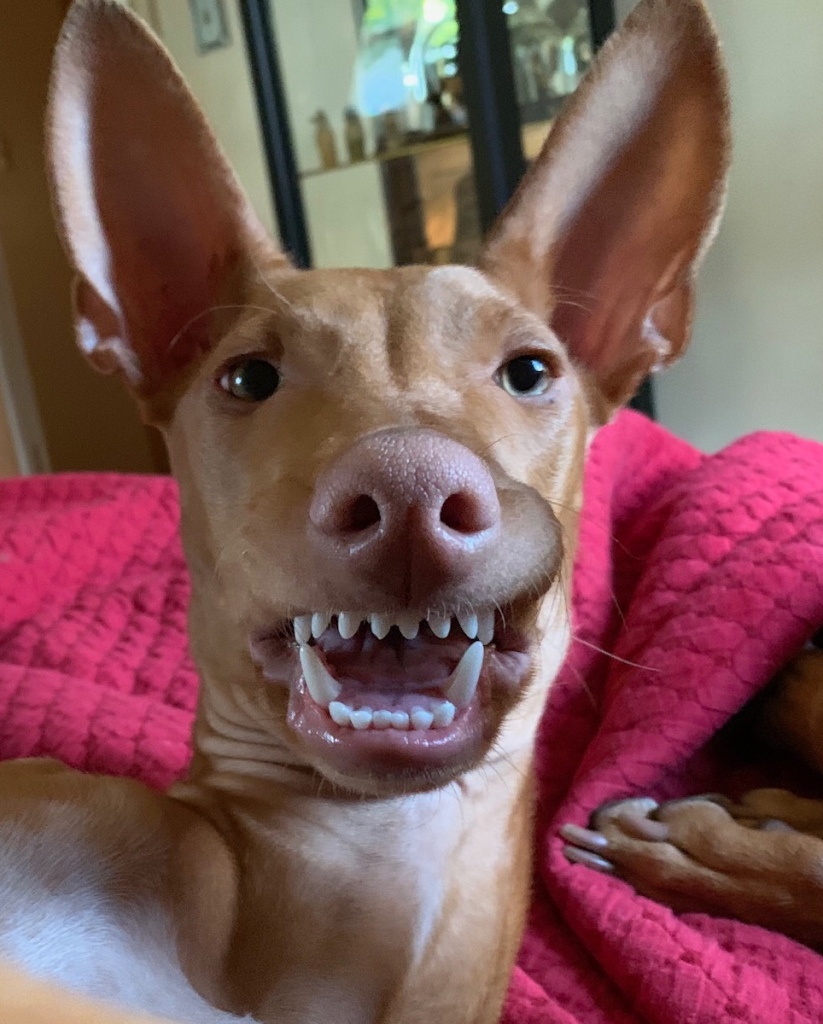 The other night Jade clearly wanted attention and over the course of half an hour or so had brought various toys in while I was spinning and left them on the floor next to me. 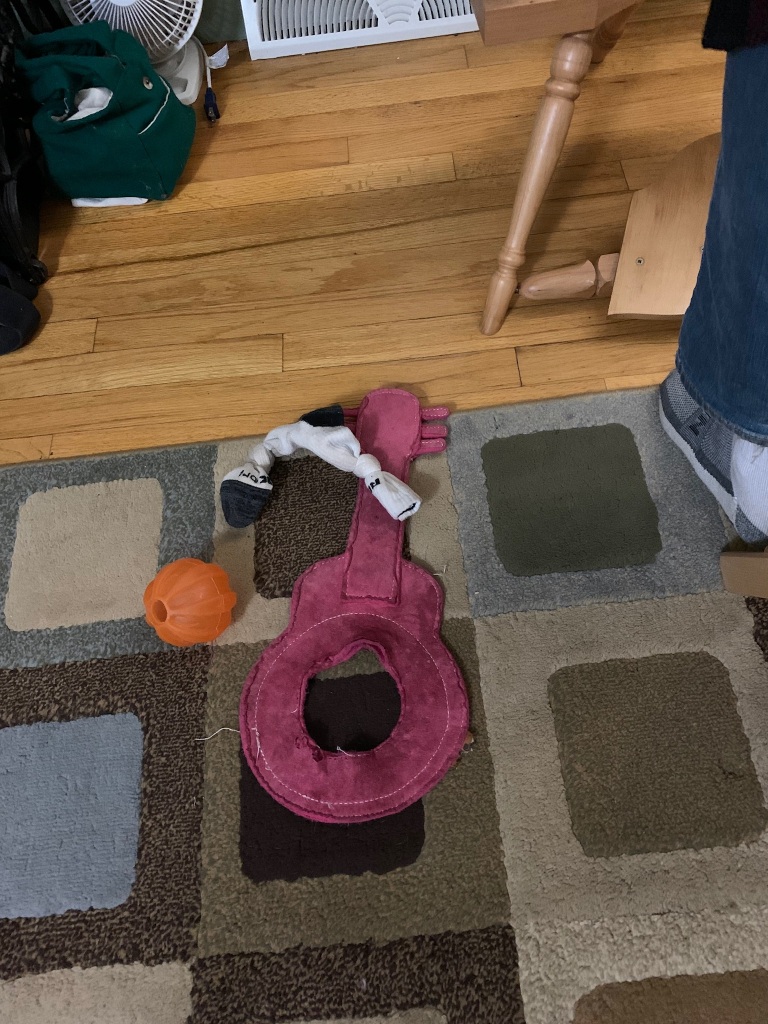 Later on, someone else wanted attention and waited on the floor next to me as patiently as she could.

How could I resist that face?

Keeping the dogs entertained is as important as keeping them socialized, and dog shows are great for both. This morning I am loading Jade into the car and we are off on a little road trip to visit, but not compete in, her first dog show. There should be other pharaoh hound people there, some of whom I may know, and I’m supposed to meet up with a friend of our groomer, who also has pharaoh hounds, to introduce Jade and get some advice on what we should work on to prepare for her first actual dog show.

That’s all for today. Have a great weekend, and don’t forget to set your clocks back one hour tonight!

2 thoughts on “Rhinebeck recap, new spinning project, and fun with a pharaoh puppy”