A long time ago before I became a regular on the Times Union Fiber Arts blog, I did a guest post about my first spinning wheel. I commented that the words made me think of a brightly colored plastic toy with the words Fisher-Price on it.
Well, Fisher Price didn’t make one, but in the late 50’s and early 60’s a toy company out of New Jersey called Remco made this little gem. 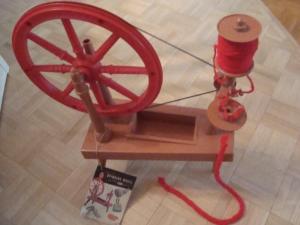 A friend had seen a couple of these up for sale on eBay and sent me the links. I was immediately fascinated! Not fascinated enough to actually buy one though.

You see, it doesn’t actually spin yarn. Instead it appears to make “braids” on little round knitting looms. 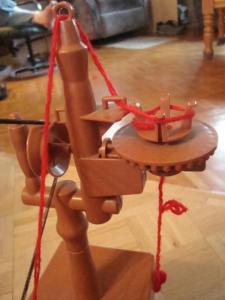 Check out the front of the box…”for girls…it’s great”. I have no doubt that if this were still made today that it would still be marketed the same. 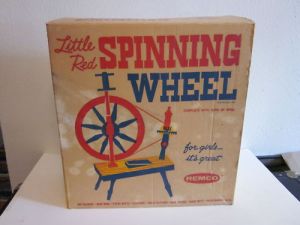 That’s okay though. I’m a big boy now, and I use big boy spinning wheels. But did any of you ever have one of these toys?